Each winter, the traditional Northern Thai village of Bo Sang blossoms with bouquets of exquisitely-painted umbrellas in every imaginable shape and size. The Bo Sang Umbrella and Sankampaeng Handicrafts Festival, held on the third weekend of January, has been celebrating the town's cultural history since the 1980s. A sea of umbrellas with hand painted designs depicting local flowers, birds and Buddhist themes line the main street, dazzling visitors at this three-day event. Art-lovers from all over the world make the journey to Chiang Mai to celebrate with Bo Sang's proud residents.

Bo Sang and the surrounding craft villages in Northern Thailand were once part of the ancient Lanna Kingdom. Populated by traditional wooden homes, lush rice fields and serene temples, each town specialises in a different craft. Ban Tan Pao produces handmade paper, and Ban Tawai specialises in intricate wood carvings. In Bo Sang, modern umbrella-makers offer traditional saa paper models alongside innovative designs made from silk and cotton from the nearby villages in the San Kampaeng region. 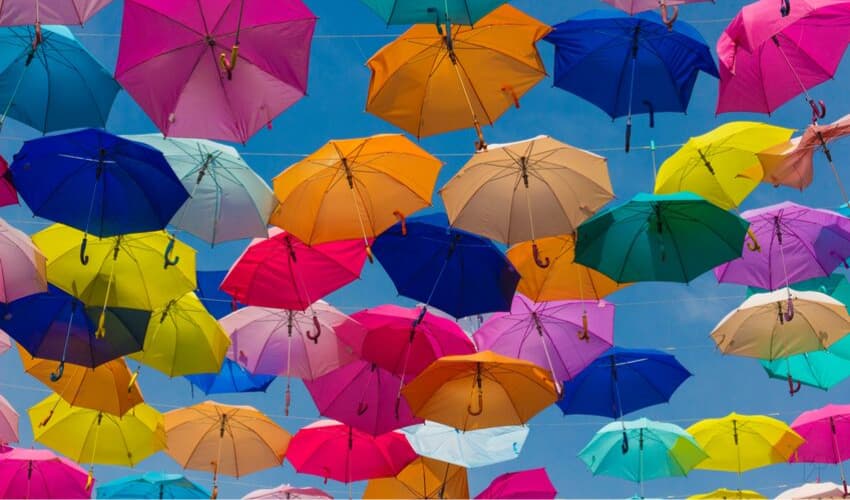 The laid-back festival packs cultural performances, children's activities, delectable street food and much more into three colourful, fun-filled days. Highlights of this year's festival, which starts on January 17th, include daily events such as:

A local monk named Phra Inthaa initiated the production of Bo Sang's umbrellas. According to an inscription on his statue in Bo Sang, the monk lived over a hundred years ago. A Burmese host gave Phra Inthaa an ornate paper umbrella to shelter him during one of his pilgrimages. After realising that his hometown already had all of the ingredients necessary to make the umbrellas, Phra Inthaa taught his beloved community to make them. Creating and selling these magnificent umbrellas was an ideal way for the local farmers to supplement their income between harvests. The economic importance of the umbrella-making craft remains today in Bo Sang.

How are the Umbrellas Made?

The craftspeople of Bo Sang make these magnificent umbrellas through a series of intricate procedures. In assembly-line fashion, each artist specialises in one phase of the umbrella-making process, such as:

If you can't make it to the annual festival, you can still discover the joys of Bo Sang's umbrellas by visiting the Bo Sang Umbrella Center. Experts who have spent their entire lives making umbrellas specialise in each part of the process. For a couple of extra baht, you can end your tour by painting your own umbrella. Many of the talented artists in Bo Sang also paint elaborate scenes on canvas. They offer the paintings at remarkably affordable prices and can help you with shipping arrangements. The Bo Sang Umbrella Center is open every day from 8:30 am to 5:00 pm.

Bo Sang village lies around 10 kilometres southeast of Chiang Mai. The drive usually takes approximately 30 minutes. The friendly staff at the akyra Manor Chiang Mai Hotel will be happy to arrange trips to Bo Sang and the surrounding craft villages. If you would like to go on your own, take the white songthaew from the Chiang Mai Warorot Market. The cost of a one-way trip is around 20 baht.