In Bangkok, what used to be a lonely, abandoned, and unfinished Skytrain structure from 1984 has recently been transformed into state of the art elevated garden.

This beautiful green pedestrian bridge is similar to another, the Garden Bridge that was proposed in London, and Pier 55 in New York City. It overlooks the Chao Phraya River and surrounding leisure spots.

This bridge is the first public park built over this iconic river. It connects Bangkok with its sister city Thonburi. It was officially opened by the Bangkok Metropolitan Administration, granting pedestrians access to explore and enjoy. 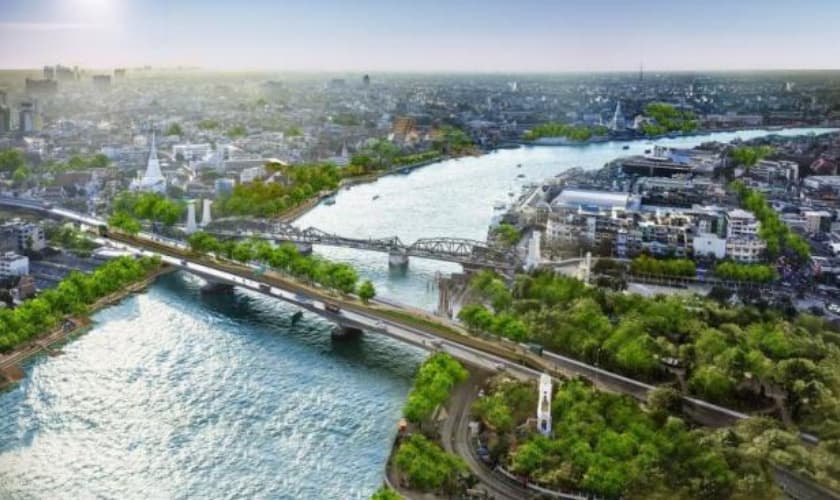 The new Chao Phraya Sky Park Bridge is a beautiful pedestrian walkway, approximately 280 meters long, and 8.5 meters wide. This bridge is placed between the highway on the Phra Pok Klao Bridge. For ease of use, the construction team has also installed lifts inside the park.

It is a new and welcoming site to the previous superstructure that was left unfinished in 1992 by then Prime Minister Prem Tinsulanonda and his government. For over 30 years, the place had starkly reminded residents of the old Lavalin Skytrain project, one that had it been completed, would have been a game-changer in the city's transport system.

The park was opened by Prayut Chan-o-cha, who is the current Prime Minister. He was joined by the Bangkok Metropolitan Administration's executive leaders and Bangkok governor Aswin Kwanmuang.

The park's renovation works have taken roughly one year, and the total construction cost is estimated to have cost the taxpayer only 130 million Baht. This cost was considerably lowered by the existence of stable structures initially erected for the Lavalin Skytrain project.

A renowned construction company, the N71 Architect, led the renovation works. The company is famed for their construction of the Chulalongkorn University Centenary Park.

Its construction is part of the government's efforts to inspire tourism activities in the city of Bangkok, as well as a campaign to preserve the impeccable heritage of the communities living in the area, particularly in the Klong San and Kadijeen regions.

Niramon Serisakul, the director of the Urban Design and Development Center that is based in Chulalongkran University, has said that the concept employed in constructing the bridge has inspired architects for centuries, going back to the 19th century.

The director further reiterated the importance of the bridge, saying its construction aimed not only at easing the modes of transport across the river, but also promoting voluntary walks by users. It will immensely improve the lifestyles of the residents, students from the surrounding 25 educational institutions, and tourists.

The former Saphan Phut line structure's beams now serve as the support structures of this new landmark. Loved by many as the world's first bridge of its kind, it is such a serene environment to be in, to relax and, or meet someone. It is surrounded by many different trees that inspire a cool breeze, perfect for the sometimes hot summers.

Tropical trees decorate the walkway around the park as the Makoknam, Yeetho, Cha Khoi, Toyting Uang Mai Na, and Bai Tang Rien. People living in this area, both sides of the river, can now enjoy the beautiful panoramic views of the river and surroundings. It is also a charming space for an afternoon or evening stroll. It is not allowed for cyclists to ride a bike through the park, cyclists must dismount and walk the bikes across the bridge.

On one end of the park, in Bangkok, is the King Prajadhipok Park, while on the opposite end is the Chaloem Phrakiat Forest Park in neighboring Thonburi. If you live a reasonable distance away from the park, it is easily accessible traveling by bus, train from the Sanamchai station, or the express boat that stops at King Rama 1 Bridge.

The park stays open to the public every day from 5 am through to 8 pm.

Chao Praya Skypark is a short distance from both of our hotels in Thonglor and Sukhumvit 20, with easy access to the BTS Sukhumvit and a short walk, making this an interesting day out and a new part of Bangkok to explore. 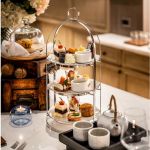 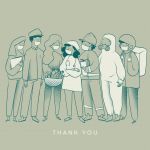