Aside from the excitement and thrill of its bustling city streets and main attractions, there is a more secluded, more authentic, and more hallowed side of Chiang Mai lying just around a small avenue or down an enchanting wooded trail. Get a sense of the real city from the perspective of a modern local by exploring its markets and sampling its diverse flavors. Or drift back centuries, by seeking ancient Buddhist temples and following wild paths through lush native forests.

Celebrate with the locals during seasonal festivals, chat with monks about life, or spend time with the local tribe’s people on an ox-drawn cart. If you’re seeking to get away from the crowds and experience the real Chiang Mai, there is so much this city has to offer and you need only discover it. 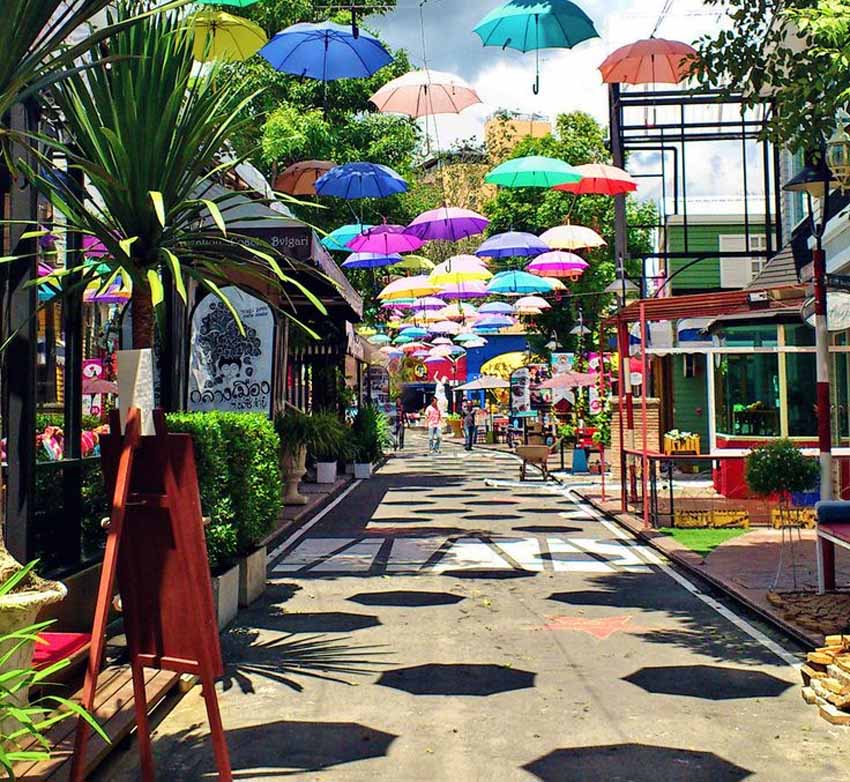 Chiang Mai is both an ancient and modern city, with a colourful, multi-ethnic past that can be seen in its architecture and culture and heard in its distinct northern Thai dialect. Understanding this history and its connection to modern life illuminates the sights and sounds of the city with a sense of awareness that satisfies the curious explorer.

The Chiang Mai City Arts and Cultural Center, the Chiang Mai Historical Center, and the Lanna Folk Museum are all located within a block of each other on Ratvithi road, and offer vivid explorations of the city’s past and its connection with present culture. The Chiang Mai National Museum also offers a simple review of provincial history and of the Kingdom of Lanna, which was the ancient domain of Chiang Mai and a word that continues to describe the language and culture of the region.

The rich culture of Chiang Mai is perhaps nowhere more evident than in its vibrant culinary scene, which is shaped by regional influences of Thai, Lao, Burmese, Mon, and Chinese cultures, resulting in a truly unique flavor. 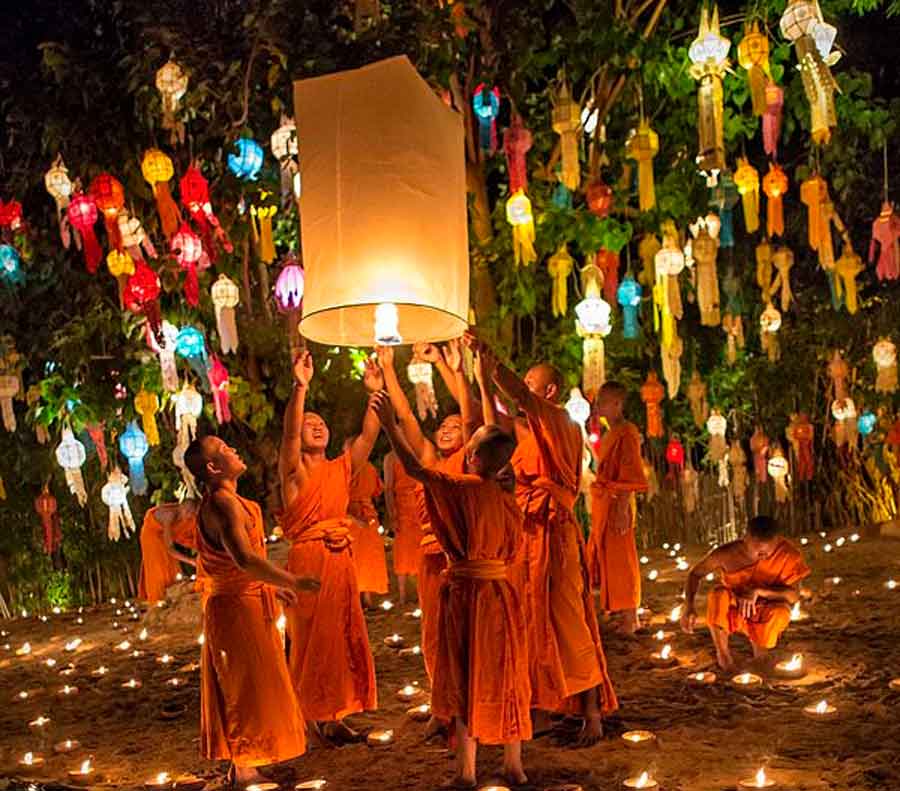 Food is a favourite attraction for many visitors to the city and the real Chiang Mai experience involves a number of popular local dishes. The most popular dish of the city is probably Khao Soi, a noodle soup with multiple variations that can be served with chicken, pork, or beef and can be found almost anywhere throughout the city. Curry is of course a staple of northern Thai cuisine and Kaeng hangle is a delicious ginger and pork dish of Burmese influence beloved by Lanna people.

For special occasions, dishes will be served on traditional Khan tok furniture, an experience that is offered along with amazing Lanna dances through the cultural center and a number of local restaurants. Such special occasions may be Loi Krathong, celebrating the goddess of water, or Songkran, the traditional Thai new Year. The dates of these festivals change every year but will always be filled with food and extravagant rituals. With all of its influences and variations, Chiang Mai cuisine brings fulfilment to those seeking new and exciting flavors. But many people also come to the city to seek spiritual fulfilment, and they find it in an astounding variation of temples that inspire introspection and divine contentment.

Chiang Mai is a city of over 300 Buddhist temples, each displaying its own unique contribution to the city’s spiritual, cultural, and architectural bounty. Many of these can be found in popular tourist destinations, but there are a couple hidden and rare sanctuaries that truly offer a tangible sense of an ancient Chiang Mai.

Wat Pha Lat is a secret jungle temple just outside of the old city, where as you approach, each tree is marked with the blessings of the monks, and each step you take will be blessed by Buddha statues overlooking the trail. When you arrive, you will find a hallowed forest temple flanked by small waterfalls and incredible artwork throughout. If you’d like to learn more about Buddhism or the lives of Buddhist monks, the Silver Temple, which as its name suggests is completely made of silver, offers “monk chats” every Tuesday, Thursday and Saturday. If you’d like to further explore the lives of Chiang Mai’s less typical inhabitants, spend some time with local tribe people in the hills outside of the city. 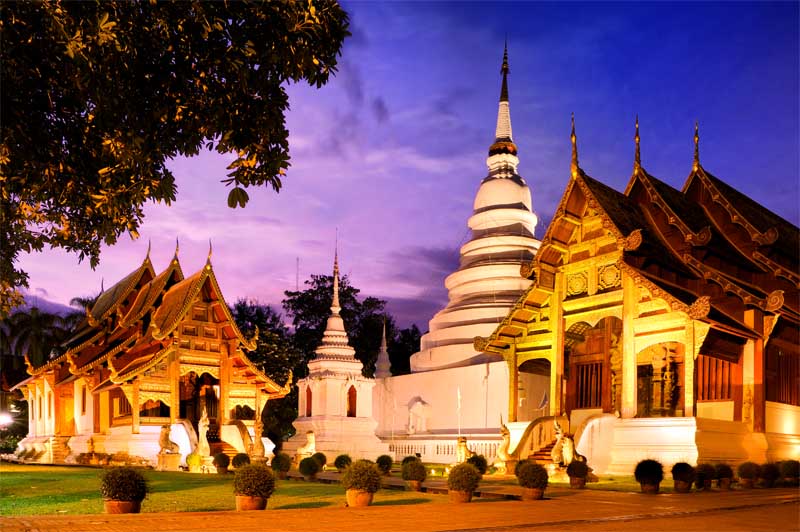 North of the city of Chiang Mai lay small mountain ranges inhabited by people from a number of different ethnicity and cultures, many of whom still follow folk traditions and customs. There are many companies offering guided tours through these astounding landscapes and into the lives of the people that inhabit them, showing you a side of Chiang Mai outside of the bustling city. This may include treks through mountain villages, rides in ox-drawn carts or on the backs of elephants, talks with tribal shamans, or dining with local people of the Karen Hill tribe

As you explore the villages, you will find each one with its own traditions, styles, and languages, making up the incredibly diverse cultural quilt that is Chiang Mai. Participating in these responsibly managed tours contributes to improving the welfare of many of the people in the villages by increasing local revenue and presenting a sustainable livelihood for traditional lifestyles. You may also choose less guided options by exploring the trails through the Doi Suthep-Pui National Park just outside of the city, or by riding a bike down hidden avenues, or by visiting the Queen Sirikit Botanical Gardens.

Chiang Mai is certainly more than crowded streets and markets, and an authentic version can be found if you know where to look. Spend a day exploring the real Chiang Mai by sampling some of the local cuisine and joining in on festival rituals. Visit a hidden temple and connect with an ancient philosophy and spiritual lifestyle.

Explore the folk cultures in the surrounding countryside or the astounding beauty of the natural landscapes. Eat, celebrate, and connect with Chiang Mai to find a place full of cultural, spiritual, and natural diversity far beyond your expectations.

Our boutique hotel in Chiang Mai with each suite created around a courtyard-within-a-room concept. It's the hip downtown hotel Chiang Mai never had. 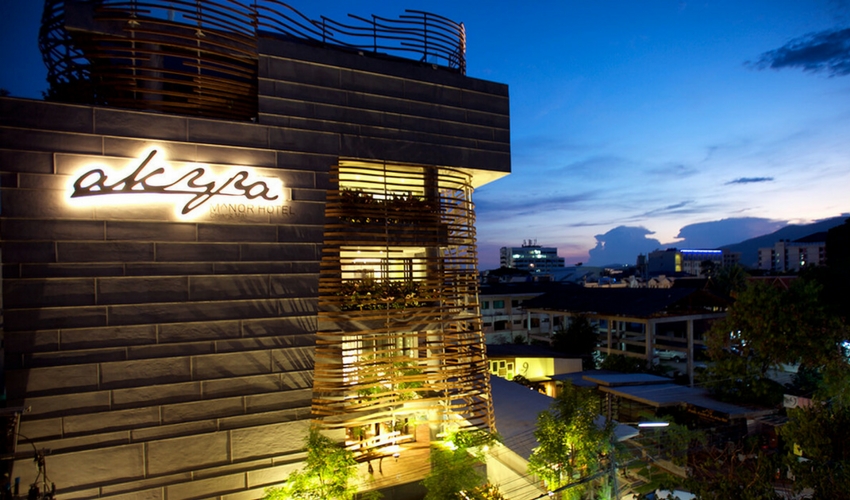 Check in to pure urban style and big city sophistication in the heart of this charming northern city's most buzz-worthy street Nimmanhaemin Soi 9, known locally as 'coffee street'. Take in the chic boutiques, galleries, bars and coffee shops, then return to your sanctuary and warm northern Thailand hospitality and the showstopping experiences of Rise rooftop bar and Chiang Mai's best new restaurant, italics.

The akyra Manor Chiang Mai hotel offers 30 hotel suites for our guests, comprising 23 akyra Deluxe suites at a generous 60 sqm and seven expansive Manor suites of 100 sqm for guests who want to really have room to spread their wings.